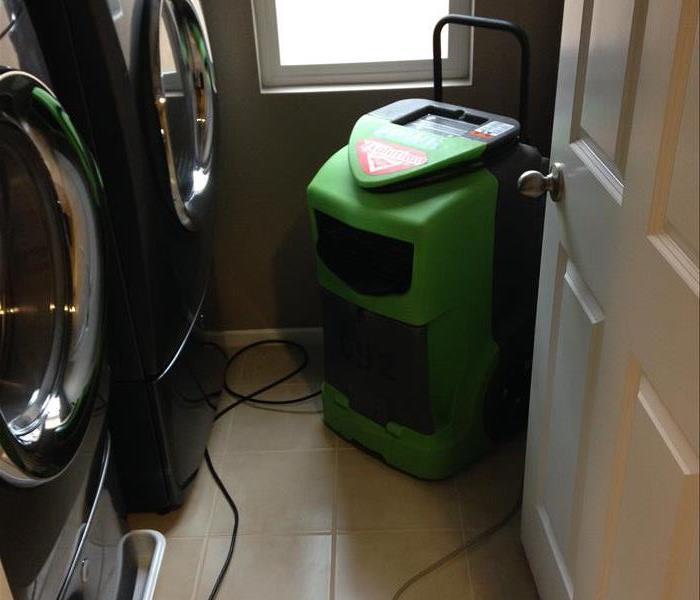 In this home in Riverside, CA the washer in the laundry room was leaking over a period of time.  The homeowner was unaware of the leak because the water was going inside the walls unnoticed. It was first once it started dripping from the ceiling in the garage that the homeowner was made aware that there was a leak in their laundry room.  SERVPRO of West Riverside City removed the flooring and also the portion of the drywall which was damaged so that the homeowner could make the necessary repairs.  A dryout was necessary and SERVPRO of West Riverside City was called out to dry the floor and walls in several rooms.  The homeowner was pleased with the efficiency and cleanliness of our crew.

View More Before & After Photos