National Preparedness Month Week 3: Teach Your Youth to Prepare for Disasters such as Wildfires, Earthquakes of Flooding Sept 15-21 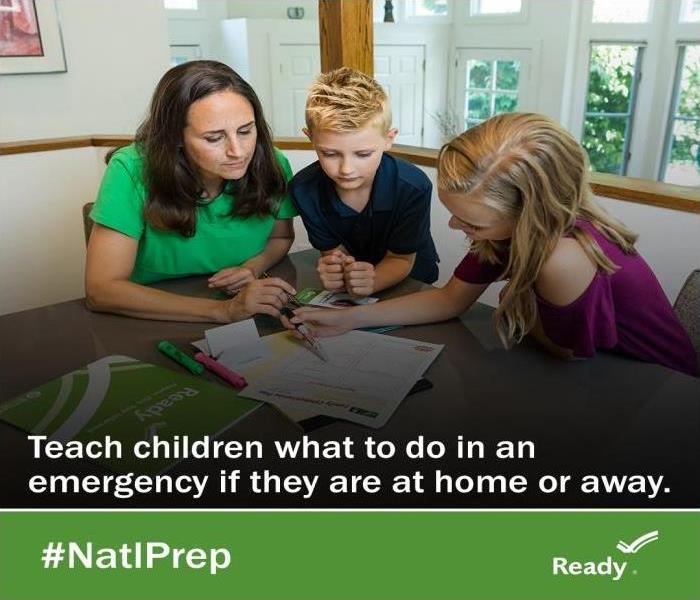 Help children know what to do before, during and after a flood, wildfire or earthquake. This will help Riverside children "Be Prepared not Scared."

In recent years, devastating earthquakes, floods and wildfires have highlighted the need to prepare for natural disaster.

However, according to the Federal Emergency Management Agency (FEMA), half of Americans have not discussed or developed a family emergency plan.  View the tips below from our friends at FEMA.  Understand the disasters that could hit our Riverside area.

What to do before, during and after an Earthquake

If trapped under debris:

Another word for earthquakes, along with tremors, quakes and shakes

Cracks in the rocks below the earth’s surface

A smaller earthquake that follows the main shock or previous earthquake

The center, or focus, of an earthquake, from which seismic waves are sent spherically in many directions

A machine that measures an earthquake

Each year more than 2,500 people die and 12,600 are injured in home fires in the United States. But unlike other disasters, home fires can be prevented! It’s important to know this: Fire is fast! There is no time to gather anything or make a phone call. In just two minutes, a fire could kill you. In five minutes, a house could be swallowed in flames. Fire is hot! Heat and smoke could be even more dangerous than the flames. Breathing in really hot air could burn your lungs, and fire produces poisonous gases that can make you sleepy and unable to escape. Fire is dark! It can be hard to find your way out of your house in a fire. Fire is deadly! Fire uses up oxygen you need to breathe and produces smoke and poisonous gases that kill.

Every single person in The United States, no matter where they live, or what kind of home they live in is at risk of a home fire.

Flooding happens during heavy rains, when rivers overflow, when ocean waves come onshore, when snow melts too fast, or when dams or levees break. This is the most common natural-weather event. Flooding may be only a few inches of water, or it may cover a house to the rooftop. Floods that happen very quickly are called flash floods.

Floods can occur in every single U.S. state. Some floods develop slowly, and some can build in just a few minutes. People who live in low-lying areas – near water or behind a levee or dam – are at even greater risk.

Did you know?  Flooding can change familiar places, like walkways, roads and fields. Avoid walking through water. It might be deeper than you think!

Riverside it prone to earthquakes, flooding and wildfires.  Teach your kids about these natural disasters so they understand the damage they could cause and what they should do before, during and after a natural disaster.  Be Prepared Not Scared.  Be ready.  Contact SERVPRO of West Riverside City, we are "Faster to Any Disaster".